Home > Avoiding Divorce > Pros and Cons of a Trial Separation

Pros and Cons of a Trial Separation 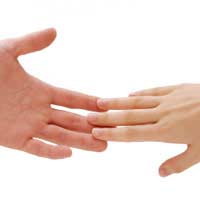 If a marriage has deteriorated to such an extent that it seems unsalvageable, many couples will become so emotionally traumatised by the experience that they’ll simply call a solicitor to seek advice on starting divorce proceedings. It’s also true that many couples will have tried to resolve outstanding issues already but this hasn’t worked at which point, divorce is often the best solution for both parties.

However, if you’re in the midst of a marriage breakdown, it’s important to look at the various ways in which you might be able to get things back on track. One of the ways some couples have achieved this has been through having a trial separation.

Trial separation will not work for everybody but if both parties are open to the suggestion of giving it a try, it can sometimes help to get a marriage back on track. Even if that doesn’t happen and you eventually divorce anyway, then by, at least giving trial separation a try, it will enable you to be sure that you’re doing the right thing should you, ultimately decide to divorce. It does have its pros and cons, however.

What is a Trial Separation?

A trial separation is simply where a couple decide to no longer live together and make separate living arrangements to give each other space and time in which they can see if their differences and the issues that have led to their marriage falling apart can be resolved by placing some distance between each other and agreeing to occasionally meet or communicate with each other to try to resolve issues.

When things go wrong in a marriage, one of the major problems is that any possible resolutions to conflicts are difficult to work out because there are emotions such as hostility and anger which get in the way of talking through the problems when you’re both living under the same roof.

When you separate, it gives both spouses some breathing space to analyse the marriage and its problems and, without the constant bickering, it can mean that you’re able to see things from a different perspective in order to come up with some suggestions for a resolution.

The time spent apart can also allow you to see what you’ve done wrong whereas together, you may only see what your spouse has done wrong. Furthermore, it enables you to start seeing what life might be like without your spouse if you do decide to go through with divorce.

For some people, there’s that very real possibility that the freedom from stress and constant arguments may well cement the confirmation that, indeed, a divorce is going to be the best resolution. However, for others, it can often make them see their spouse in a different light. Some people can start to feel how important making the marriage work is to them. The old adage, “you don’t know what you’ve got ‘til it’s gone” can often strike a real chord.

Obviously, for trial separations to result in you getting back together, you need to be willing to see things from the other person’s perspective and to lose any sense of stubbornness and ego because if one person doesn’t back down somewhat, it is still likely to end in divorce.

Another thing to remember about trial separations is that they should only be used as a last resort. In other words, going to see a marriage guidance counsellor should always be a step you take before considering a trial separation.

Trial separations also have their disadvantages. For some, they might feel as though there’s been enough distance put between each other already and that separation simply means putting more distance between you until you disappear from each other’s sight. Others can perceive a trial separation to be running away from confronting issues as opposed to tackling them head on.

Other disadvantages can include where you have children and you have to break the news to them. This can put additional strain on an already tense relationship.

The trial separation should allow you to find more time and breathing space to think you through your marital difficulties. However, where children are confused and their world collapses whilst you still need to meet their expectations, it can make for added pressure which can cause even greater rifts between spouses.

Every couple’s problems are unique and the personalities involved are all different. Therefore, nobody but the individuals involved can determine whether or not a trial separation would work for them.

However, it’s simply another option, probably the last one, which is worth giving some consideration to as it may well end up saving your marriage. Even if it doesn’t, then at least you can both say that you did exhaust all options before deciding to go through with divorce.

Jealousy in Your Marriage and How to Put it Right

Loneliness in Your Marriage: Reconnect With Your Spouse

Partner in Prison: Should You Wait?

Confronting Your Financial Problems
Share Your Story, Join the Discussion or Seek Advice..
My marriage has broken down but we agreed to stay together till our youngest finishes school. I now found out that he has started a relation ship with some one else and I feel betrayed. He has told the children hoping for their support but they are angry and feeling sad for me. he says he did not want to be alone, when he left the marital home , as a reason for stating this relationship. I have asked him to leave but he wants me to sell the house and give him his share. My children no longer wants him in the house either but they do not want to leave their home. I have worked part time and brought up 4 children whilst he worked and had the freedom to do what ever he chose. My youngest is 17 and I also have a19 year old who is in university and financially depends on us. I am not sure what I can do so we can end this toxic situation as he wont co-operate. I feel he has behaved selfishly and now he wants the money as he feels he had contributed most financially.
cg - 30-Sep-19 @ 4:24 PM
Can I sell any of my assets while serving non molestation order.
Happy - 13-Jul-17 @ 9:39 PM
Title:
(never shown)
Firstname:
(never shown)
Surname:
(never shown)
Email:
(never shown)
Nickname:
(shown)
Comment:
Validate: