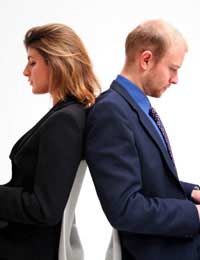 What is a Separation Agreement?

A Separation Agreement is made between couples who are separating or divorcing. Issues such as child custody, visitation rights, maintenance, property division and possession of the family home can all be addressed, which makes the process of the eventual divorce much less contentious. Although separation agreements are usually made without court intervention, the terms of the agreement are binding on each party until such time as the couple decides to divorce. When it comes to divorce, the couple can simply apply to the court to have the terms of the agreement formalised at that stage.

Benefits of a Separation Agreement

Although couples who make a separation agreement are technically still married, the terms of the agreement are settled between them rather than through their lawyers. The majority of divorces are contested on the basis of a disagreement over allocation or proportional ownership of property. As issues over property are dealt with in a separation agreement, the divorce process is usually less costly, less acrimonious and may be undefended. If there are children involved, the separation agreement gives them time to adjust to the new arrangements without having to witness the anger and bitterness that can come with a contested divorce.

Separation Agreement Instead of Divorce

How to Make a Separation Agreement

Contact an organisation that belongs to the United Kingdom College of Family Mediators. Once you have a mediator in place, you and your spouse are in a position to contact your respective solicitors to commence the separation agreement process. It is important that you consult with your solicitor, as part of the separation agreements requires you to confirm that you have taken legal advice in relation to it. This is particularly important if, for example, you have agreed to accept a lump sum from your spouse in return for your share of the family home.

Variation of a Separation Agreement

As it is possible to apply to the court to vary or add to a separation agreement, the agreement that you make in the first instance is not a cast iron guarantee of the outcome of your divorce. However, courts do take separation agreements into consideration during the divorce process.

Applications for variation are considered by the court in light of other information such as how the agreement came into existence, the conduct of both parties at the time (e.g. whether one party was not frank in disclosing all his or her assets) and the conduct of the parties since the agreement was made, such as whether and to what extent they have abided by the agreed terms.

What a Separation Agreement Covers
Share Your Story, Join the Discussion or Seek Advice..
[Add a Comment]
My wife and I jointly own a house, and the mortgage is fully paid. I have applied for divorce on the grounds of 5 years separation, although we both still live in the property. She has just made a new will, and is sorting out a trust fund for the children (all adults now), and grandchildren. She tells me I need to sign this. Should I do this, or is this a way of ring fencing her assets? Also, can I insist that the house goes up for sale, and should I remain in the home until the divorce is finalised? I have a solicitor, who says that the divorce should be a clean break, although my wife receives disability benefits. We are both retired and both receive roughly the same monthly income.
Barmea - 14-Jan-20 @ 3:18 PM
We signed a separation agreement 4 years ago and now are in the process of applying for Decree Absolute (Decree Nisi was issued 2 years ago). My children are older (18 and 20) and I have had to take up a second job to support them as my eldest is at uni and the maintenance grant only leaves him £8 per week to spend on all necessities. The younger one is having to visit universities for interviews and the travel is costly.General household income is depleted and my ex husband is refusing to support these and has only seen the youngest child 3 times since July 2019 and only saw the eldest on christmas.He lives only 20 minutes drive away. Is there a way to apply for al variation of the separation deed to ask that he supports his children (either directly or through me)?
Jules - 13-Jan-20 @ 9:21 AM
Is it possible once a petition for separation has been issued, for it to be retracted?
Mrniceguy82 - 14-Jun-16 @ 3:54 PM
@eddiejohn - it depends upon the assets, for instance sometimes a house takes a while to sell and you have to sit tight and wait. But if it is assets that are easily accessible and transferable and she is refusing to transfer them, then it sounds like you need to get some legal advice. Perhaps in the first instance you can ask them to draft a letter saying that if she doesn't release the assets then you will take her back to court.
Jess - 7-Nov-14 @ 11:07 AM
What happens when a divorce settlement has been agreed in court ,but one party refuses to release half of the assets ?
eddiejohn - 6-Nov-14 @ 6:05 PM
Title:
(never shown)
Firstname:
(never shown)
Surname:
(never shown)
Email:
(never shown)
Nickname:
(shown)
Comment:
Validate: