Home > Finances > What Will Happen to Your Pension?

What Will Happen to Your Pension? 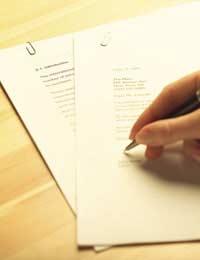 Up until a few years ago it has always been the matrimonial home that has been considered the most important financial asset which needed to be discussed and divided when it came to a divorce settlement. Many couples have now come to realise that pension rights and accumulated pension funds can have a significant impact as part of a financial settlement and can be worth a lot of money.

The underlying principle behind the Act is that it enables pensions to be split which can be very useful in terms of negotiating a fair divorce settlement. In other words, the court can order a pension provider to split a single pension so that both husband and wife can both hold independent, separate pensions.

If the pension is split, then it is divided on a certain date and the pension fund will be valued at that date. The percentage of the fund apportioned to each person is agreed and one portion is given to one partner which would then mean that they would not be entitled to any further benefit from the pension as a result of the other partner continuing to rebuild his/her half of the pension fund.

A simple example of offsetting would be where a couple jointly own a house and also have a pension worth the same amount. One partner could keep the house and the other would keep the pension. This is often the simplest solution but it can often mean one partner being left ‘pension poor’ and it’s not always quite as simple as just a 50-50 split.

As an alternative to maintenance payments which are often made to a divorcing party who’s unable to become financially independent by themselves, a pension can be set up as an alternative and the payments made there. For example, if the joint assets don’t add up to much and one partner has no private pension provision, the other partner might make contributions towards their ex’s pension. They would do this instead of offering maintenance or part-pension/part-maintenance and the benefits of the pension plan can then be enjoyed by the other partner whenever they choose to be paid out on their pension.

As a simple definition, an earmarking order means that the ex-spouse is notified whenever the pension holder receives any benefits from his/her pension and then they also receive their share. The pension fund is not split as such and the beneficiary (the ex-wife/ex-husband) has no say when they want the payments to start which means the pension holder can keep deferring the date by which they want the payments to start should they choose to do so.

They are not widely popular as there can be many complications. For example, as they are periodical payments, they can suddenly stop if the pension holder dies or the beneficiary decides to re-marry and for those wanting a clean break, they’re not recommended.

Overall, however, pensions can often get complicated when it comes to divorce. Nevertheless, they can be an extremely valuable asset in negotiating any financial terms within a divorce and you should seek good legal advice if pensions are to be incorporated into any divorce settlement.

Divorce and Your Finances: How to Preserve Your Position

Can You Afford a Divorce?